Geronimo has been the subject of movies before; Chuck Conners played Geronimo in Geronimo 1962, and in 1993 Wes Studi took on the legend in Geronimo: An American Legend.  In the 1950’s  Desilu western television show,  The Life and Legend of Wyatt Earp, Earp befriends Geronimo.  But no one has ever resurrected the Spirit of Geronimo, and allowed himself to become the embodiment of the Great Apache Warrior turned prisoner of war… until now. 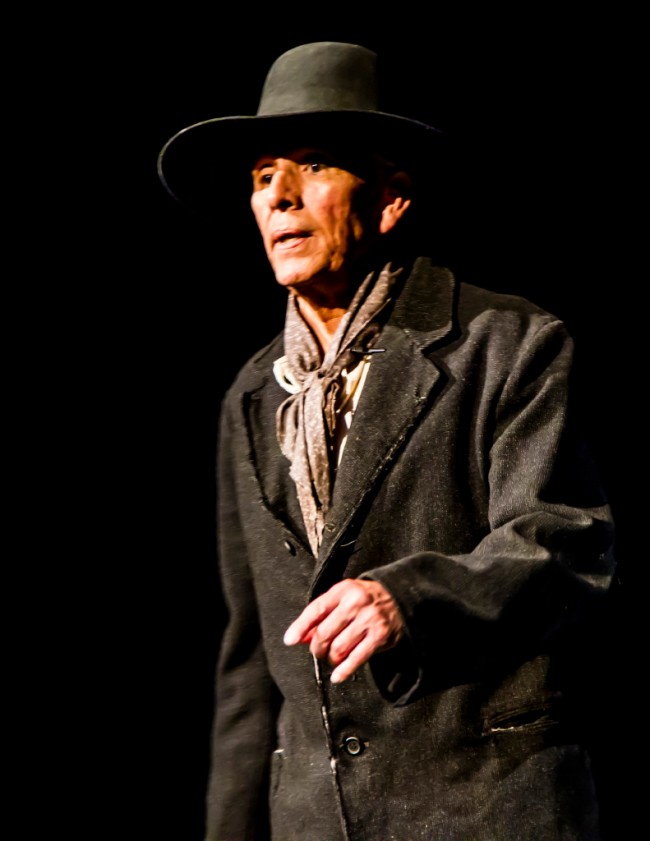 Ramos’s performance before a hometown crowd at The Lawton Community Theater did not disappoint.  A full house eagerly welcomed the actor home.  While waiting for the show to begin, the local audience chattered amongst themselves about “how they knew Rudy.”

The chattered died down when Ramos took his place on stage for act one.  The play begins in 1886 Arizona as Geronimo prepares to surrender to the US government, and Ramos’s audience travels back in time and becomes Geronimo’s audience.  As the play progresses, it becomes apparent that Geronimo takes great pleasure in entertaining an audience.  An enraptured crowd who thought they came to see Rudy Ramos play Geronimo is instead taken on a journey through time, hosted by Geronimo, that begins at the warrior’s surrender in Arizona, and ends in Lawton, Oklahoma, 1909, shortly before his death.

Through Ramos, Geronimo is allowed to share his innermost thoughts with his audience.  We see more than just another side to Geronimo.  We are given access to his mind and his spirit so that we are able to understand who Geronimo really was and how he made the decision to surrender, not to give up, but to preserve the future of the Apache tribe.

Ramos’s brilliant performance was unquestionably worthy of the approval of Geronimo, himself.  To no one’s surprise, Ramos received a standing ovation, and afterwards was mobbed by audience members who wanted the chance to get autographs, pictures, and meet the man who took us all on a riveting journey that left every single person spellbound in the end. 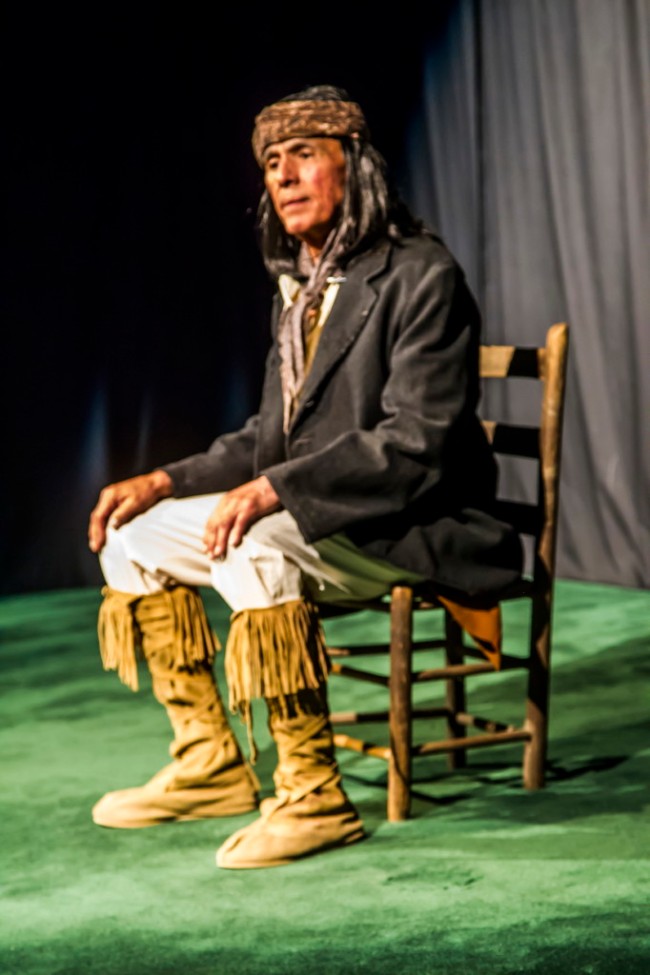 Are You Reeling in the Years?